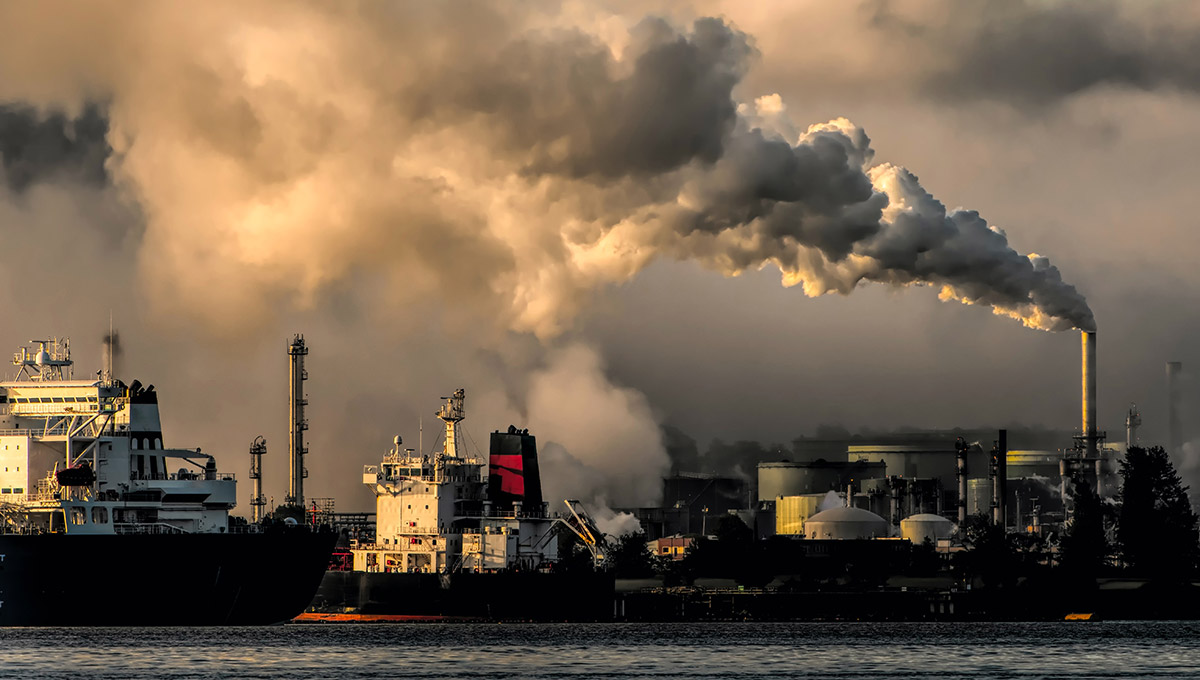 Climate change and its disastrous consequences for our children and grandchildren have become a part of everyday news. But it turns out that environmental damage may already be affecting our fertility. In a new Italian study, researchers found that high levels of air pollution can damage a woman”s fertility, in particular the number of fertile years a woman has left 1 Santi D, La Marca A, Michelangeli M, Casonati A, Grassi R, Baraldi E, Simoni M. Ovarian Reserve And Exposure To Environmental Pollutants (ORExPo Study). Endocrine Abstracts. 2019. 63:311..

In the Ovarian Reserve and Exposure to Environmental Pollutants (ORExPo) study, Professor La Marca and his team analysed the levels of a hormone called anti-Müllerian hormone (AMH) in a population of 1318 women in Italy. The team investigated any links between the levels of AMH and the level of pollution the women were exposed to at their home addresses.

The results showed a significant relationship between these factors, and the team”s findings were recently presented at the European Society of Human Reproduction and Embryology annual meeting.

What is AMH and how is it linked to ovarian reserve?

AMH, or anti-Müllerian hormone, is a substance which is released by the ovarian follicles and its levels can be measured in a simple blood test. AMH levels are a marker for how many egg cells a woman has left in her ovaries.

This is known as a woman”s ovarian reserve, and it provides an estimate for the number of fertile years a woman has left. In general, if a woman has a high ovarian reserve this means she is likely to get pregnant faster, and there is less urgency to have children soon.

If a woman has a lower ovarian reserve, this does not mean she is infertile. This only shows that fewer follicles are present, which means that it may take longer for her to get pregnant. Additionally this may mean that a woman has fewer years left to try for a baby naturally.

But it is important to note that AMH levels do not give any information about the quality of the remaining egg cells, which can drastically affect a woman”s chances of getting pregnant and having a healthy baby.

AMH levels in a woman”s body increase during early adulthood, then fall with age particularly after the age of 40. AMH levels become undetectable around the time a woman reaches the menopause.

In addition to age, smoking is another factor which reduces AMH levels. But until now there has not been enough research to determine whether environmental pollution can have a similar effect.

How did the team carry out the research?

The team extracted the laboratory AMH measurements of women living in Modena, Italy between January 2007 and October 2017, and they created a large database of 1463 AMH measurements from 1318 women. The team connected these to the age and residential addresses of the participants.

– Nitrogen Dioxide (NO2)
This is an air pollutant which is released in road traffic and other processes which involve burning fossil fuels. Long-term exposure to nitrogen dioxide can result in lung diseases.

The team then divided the data into quartiles according to the concentrations of PM10, PM2.5 and NO2 which the women were exposed to, and analysed the data for any correlations.

The first finding that the team made was that, as expected, the serum AMH levels fell after the age of 25. But independently of age, the scientists also noticed that AMH levels were inversely and significantly related to the environmental pollutants PM10, PM2.5 and NO2.

Professor La Marca and his team found that the levels of AMH were drastically less in the fourth quartile reflecting the highest concentration of pollution, compared to the lower quartiles. This meant that in this study, the higher the level of particulate matter and nitrogen dioxide in the environment, the lower the serum concentration of AMH.

The team categorised women as having “severe ovarian reserve reduction” if they had an AMH level of less than 1ng/ml. In the study, women with this low AMH level had been exposed to high levels of pollution, specifically PM10 above 29.5 mcg/m3, PM2.5 above 22 mcg/m3, and NO2 above 26 mcg/m3.

The team measured severe ovarian reserve reduction in women who were exposed to the highest category of pollution in the fourth quartile more than in the other three quartiles for PM10, PM2.5 and NO2. Overall the team found that exposure to PM10, PM2.5 and NO2 increased the risk of having severe ovarian reserve reduction by a factor between 2 and 3.

We are exposed to more pollution than we think

The team found that ovarian reserve can be significantly reduced at levels of air pollution which are within EU and local safety guidelines. But in many cities, the air pollution levels exceed guidelines and they can have wide-ranging effects on our health, in particular triggering a range of respiratory diseases. But how can we know how much pollution is in the air we breathe?

A new website has been launched to tackle this problem. Address Pollution provides a free report on the average annual levels of air pollution in the form of nitrogen dioxide at an address, as well as the health effects these pollution levels can cause over a long period of time.

As an added bonus, the report will highlight if pollution levels exceed the World Health Organisation (WHO) annual guidelines. The Air Quality Rating Tool is highly accurate, having been developed alongside top scientists at Kings College London, and it is available here.

This study confirms that age is the most important factor in determining a woman”s AMH level and therefore her ovarian reserve. This is also the first study of its size to analyse the effects of environmental pollution on ovarian reserve.

Professor La Marca and his team have shed some light on the effects air pollution can have on a woman”s fertility, and the impact of pollutants on hormone processes in the body. Pollution is a major problem particularly in densely populated cities. Therefore it is a good idea to use the Air Quality Rating Tool from Address Pollution to be aware of how much pollution you are exposed to, and minimise this if possible.

But it is also important to bear in mind that it is likely that long-term exposure to pollution is required in order to have an effect on ovarian reserve. It is unlikely that pollution will affect your fertility in the short-term.

More research is needed to confirm these results and understand the mechanisms behind the findings in this study. But for the time being, minimise your exposure to air pollution by taking practical steps. These include avoiding heavily polluted areas and particularly busy streets with the help of the Air Quality Rating Tool and pollution apps, and avoiding exercising outdoors during rush-hour.