Diet can affect sperm more quickly than you think 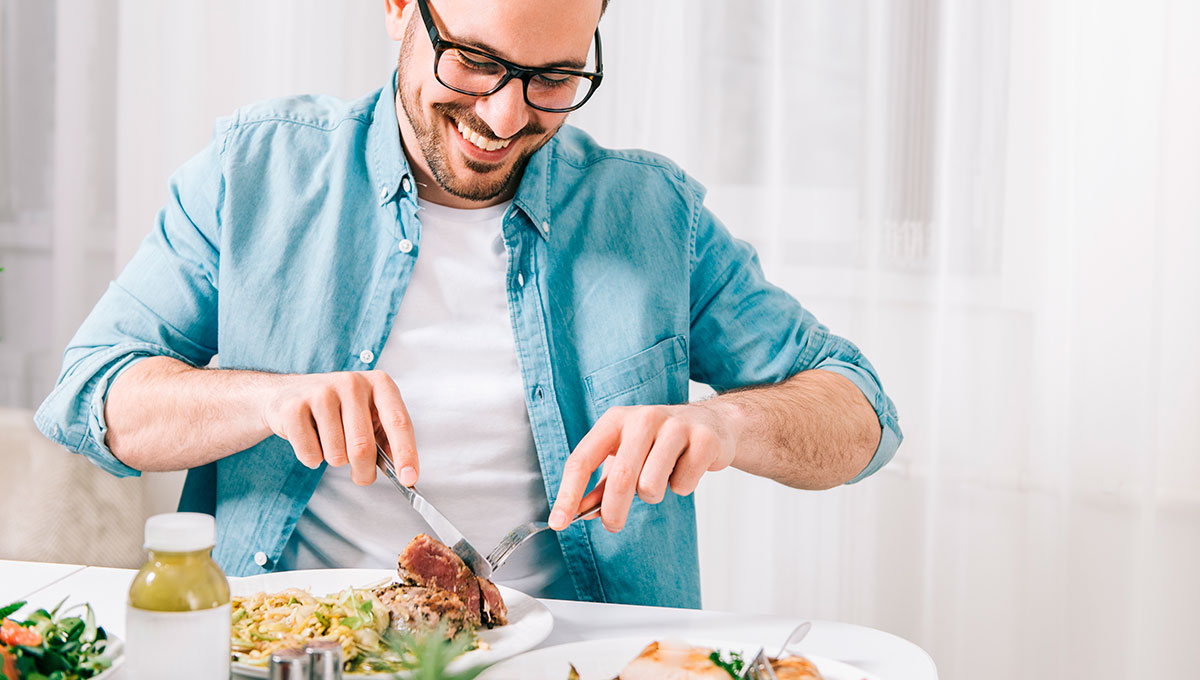 Genes have ingenious ways of passing on information to offspring

This study focused on the link between DNA and sperm cells. Our genes contain all our genetic information, in the form of DNA. But in some cases, physical properties or levels of gene expression can change, while the DNA itself stays the same.

These are called epigenetic phenomena, and this is the area which was of interest to the scientists carrying out this particular research. These changes can be really important because through a sperm or an egg cell, different characteristics can be passed on from parents to their offspring. This may be affected by external factors such as diet.

This is a rapidly developing area of research

In addition to this previous study on fruit flies, other studies on mice have discovered these changes, which scientists think are epigenetic phenomena. Scientists believe these changes occur because of small fragments of RNA.

RNA is a molecule which helps to convert the information in DNA into proteins. Scientists believe that tiny fragments of RNA, which are called tsRNA, are responsible for passing on changes due to epigenetic phenomena from parents to their offspring.

The sperm of many mammal species contains an unusually high number of these important tsRNA fragments, including humans. Therefore this area of research could have important implications for human fertility. In this study, the team investigated whether a high level of sugar in the diet affects RNA fragments in human sperm.

How did the team compare diets?

Anita Öst and her team from Linköping University investigated 15 males who were non-smokers. They were between the ages of 20 and 27 years old with a normal body mass index (BMI).

The men agreed to eat only the food which was provided by the scientists for two weeks. They did not drink alcohol during the study and they kept their activity levels the same as before.

Week 1 of the study

For the first week of the study, the men”s diet was based on the Nordic nutrition recommendations for healthy living. This meant that the total energy content corresponded to the men”s estimated total energy expenditure.

This healthy diet established a baseline, and it was designed to maintain the men”s initial weight. The healthy diet included wholegrain cereals, nuts, fruit and vegetables and the men only drank water.

Week 2 of the study

In the second week, the men continued to follow this diet. But in addition to the healthy foods, the scientists added sugar into the men”s diet. This was specifically an additional 50% of the men”s estimated total energy expenditure.

Among the men this was an average of 375g of sugar per day, which was equivalent to 3.5 litres of sugary drinks or 450 grams of confectionary, every day. This sugary diet was designed to increase the men”s weight by 1.5 kg.

What measurements did the team take?

Öst and her team took samples of the men”s semen three times in the study. This occurred at the start of the study, after the first week during which the men ate healthily, and after the second week when the men followed a diet high in sugar.

The team measured markers of sperm quality including sperm motility or movement. Sperm motility is an important measure of sperm function, as it shows how well the sperm cells can move towards an egg cell in order to fertilise it. The team also extracted RNA from the semen samples and they analysed the molecules present.

At the start of the study, a third of the men had low sperm motility. This was the same as the levels in the general population.

But the researchers discovered significant changes in sperm quality during the study. They found that sperm motility increased and stabilised at a higher level than before.

On average the increase was from 52% to 61% motile sperm. The increase in motility was evident after only the first week of the study during which the men followed a healthy diet.

Furthermore the men who had the lowest sperm motility levels had the most drastic increase in their values overall. It was also clear that their rate of improvement in sperm motility was highest during the first week of the study when they ate healthily.

The total number of sperm varied among the men, and it did not change significantly during the study.

The team also found that the small RNA fragments, tsRNA, also changed. The specific mitochondrial and nuclear tsRNA in human sperm were up-regulated and there were sugar related changes in other RNA molecules.

What do the results mean?

The change in sperm motility values was clearly rapid, within one to two weeks. However the team are not sure whether the increase in sperm motility is due to the sugary diet followed in the second week, or the lasting effects of the healthy diet in the first week.

The changes are more likely to be due to the healthy diet because sperm motility improved drastically within the first week of the study.

The study also shows that sperm cells are very responsive to changes in their environment. This could unlock new ways to analyse and improve male fertility in the future.

The team included only fifteen men in the study, which is a small population size. It is difficult to be certain that these effects would be the same in a larger population of people.

Additionally this study analysed diets which drastically changed within a week from being healthy to containing high amounts of sugar. This would rarely happen in reality and it is unclear whether sperm motility would still change in men whose diets change over a longer period of time.

The study shows interesting potential in the ability of sperm cells to adapt to external factors such as diet. However more robust studies are needed to examine this link with larger populations and different dietary changes.

This study shows that sperm cells are even more fascinating than we knew, with their ability to adapt rapidly to changes in the body in the form of epigenetic phenomena. In the future, this research may pave the way to identifying new ways to analyse the quality of sperm cells using fragments of RNA such as tsRNA.

It is incredibly important to have a healthy lifestyle to maximise health and fertility. This study shows that even if your sperm parameters such as sperm motility are too low, your sperm cells could bounce back to health in a matter of weeks if you improve your diet.

But to fully see the results of a balanced diet and healthy lifestyle, it will take three months. This is how long it takes for sperm cells to mature in the body.