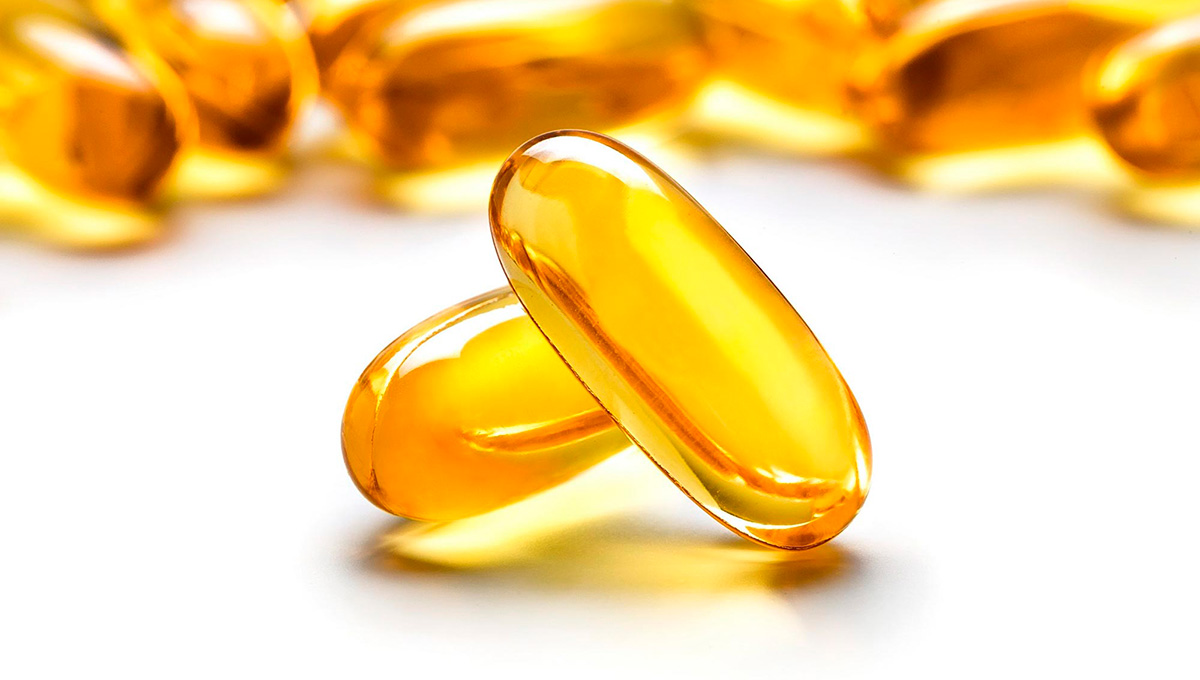 Male fertility has been falling worldwide in recent years, which has been shown by a decline in semen quality. Scientists believe that this is due to many factors including lifestyle and behavioural habits as well as toxins.

Diet is a key factor which has a significant role in this fertility decline. With high obesity levels and unhealthy food options widely available, it is no surprise that healthy eating can be a challenge.

In addition to fruit and vegetables, scientists have found that fish is important for improving fertility. This is because it contains retinoic acid, which is crucial for cell growth. Scientists have found that retinoic acid and vitamin A are particularly important in determining semen quality 2 Hogarth CA, Griswold MD. The key role of vitamin A in spermatogenesis. 2010. The Journal of Clinical Investigation. 120(4): 956-962.

Previous research has shown that fish oil supplements, which are high in omega-3 fatty acids, can improve fertility in infertile men 3 Martínez-Soto JC, Domingo JC, Cordobilla B, Nicolás M, Fernández L, Albero P, Gadea J, Landeras J. Dietary supplementation with docosahexaenoic acid (DHA) improves seminal antioxidant status and decreases sperm DNA fragmentation. 2016. Systems Biology in Reproductive Medicine. 62(6): 387-395. However no studies have been done yet on healthy men, which is why this new study is so important.

Dr Tina Kold Jensen and her team at Copenhagen University Hospital studied 1,679 men in the study. These men were taking medical examinations for military service, due to the system of military conscription in Denmark. The men were recruited between 2012 and 2017.

Therefore the men in the study were generally healthy. They were also young, with an average age of 19 years old.

The team used a questionnaire

The participants of the study completed a questionnaire giving answers relating to their general health, lifestyle and diet. They were asked about any health problems, their smoking status and their weekly alcohol intake. The team used this data to control for these and other factors which could influence the results of the study.

Additionally the questionnaire asked the men whether they had taken any vitamins or dietary supplements during the previous three months. The men also provided information about the dose and length of time these were taken for.

A range of data was collected

The scientists measured the size of the men”s testes using ultrasonography during a physical examination. They also collected a semen sample.

The semen sample was analysed to record a number of parameters including semen volume, sperm concentration and total sperm count. The team also used a blood test to measure the levels of reproductive hormones.

In addition to the results above, men who took fish oil supplements had better hormone levels when compared to the men who did not. They had lower levels of follicle stimulating hormone (FSH), and lower levels of luteinising hormone (LH). These results indicate better testicular functioning.

The effect was related to the dose

It turns out that it”s not just a question of whether or not you take fish oil supplements, as the number of times you take them matters too.

The team analysed other supplements too

The researchers checked the effects of supplements other than fish oil. These included multivitamins, vitamin C and vitamin D.

What do these results mean?

The results show a possible link between fish oil supplements and an improvement in testicular function. The scientists think that these results may be related to one particular hormone, called FSH.

They think that the fish oil supplements can increase the sensitivity of the Sertoli cells, which are in the testis, to the hormone FSH. This would result in improved testicular function.

Therefore by including more fatty acids in your diet, this increases the levels of these compounds in the sperm cells. This in turn improves the health of your swimmers so they are more likely to successfully fertilise an egg cell.

How reliable are these results?

Additionally the men are all of similar ages and they are healthy. This means that they do not accurately represent the general wider population of men.

There are also limits to the study due to its design. This type of study is called a cross-sectional study. This means that it analyses data from a group of people at one point in time. In this study, the factors which the scientists measured including semen quality were only measured at one time.

As a result of this, the amount of information it can tell us is limited to associations, and not causations. This means that we cannot be certain that the fish oil supplements caused the improvements in sperm health.

The best type of study to gain meaningful results is a randomised controlled trial. In this type of study, a large population of men would be randomly split into two groups. One group of men would take the fish oil supplements, and any other factors which could affect the results would be carefully controlled.

Scientists would then be able to measure and analyse the men”s fertility results over a long period of time to investigate any patterns. This type of study is needed to further investigate the results found by Dr Jensen and her team.

The study shows that fish oil supplements may improve the health of sperm. Previous research has already shown that these supplements can improve cardiovascular health by lowering blood pressure and reducing the chances of having a heart attack or stroke.

The best way to increase your levels of omega-3 is by including more oily fish in your diet. But if this is not possible, it is a good idea to take fish oil supplements.

Scientists need to carry out more studies to confirm the effects of fish oil supplements on the health of sperm. This will help clarify if these effects are accurate and why exactly they occur.

These results also highlight the importance of having a healthy and balanced diet to maximise fertility. It is recommended that you eat at least two meals per week containing fish. Other sources of omega-3 include leafy vegetables, seeds and nuts.

If you are struggling to include enough omega-3 in your diet and you are thinking about starting a family, it is a good idea to take fish oil supplements. There are also many fertility supplements available on the market, and we have compared the best products for you here.