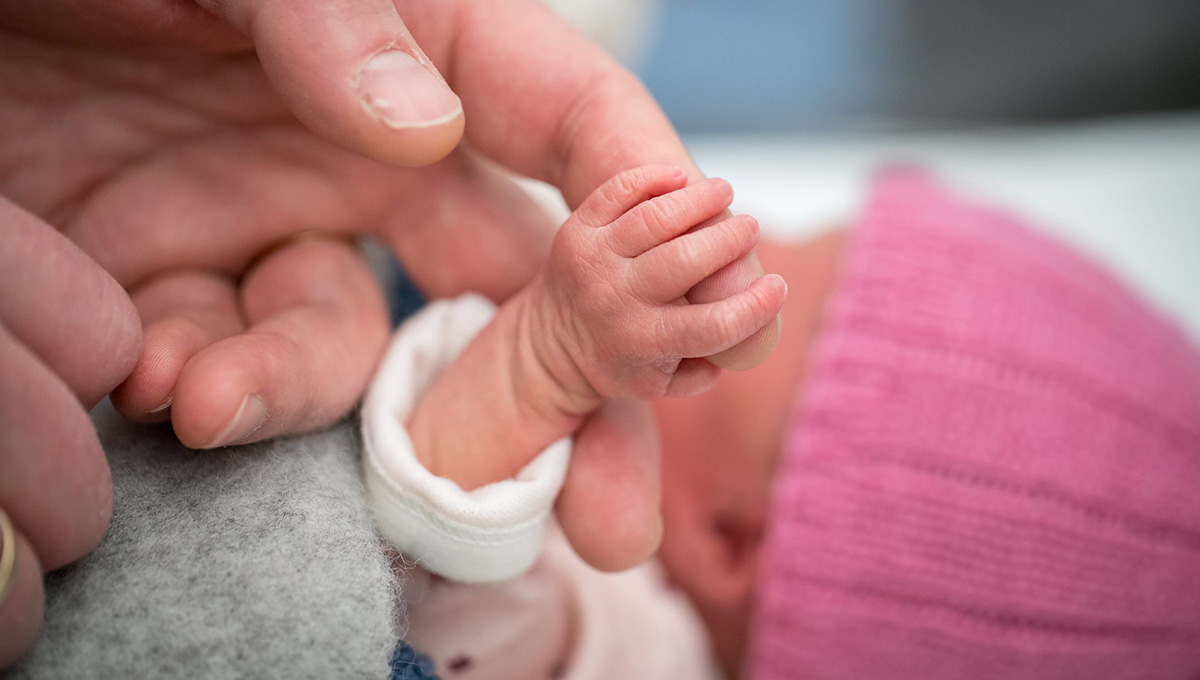 A new study from Denmark shows that men who had a lower weight at birth were more likely to have problems with their fertility in adulthood 1 Thorsted A, Lauridsen J, Høyer B, Arendt L, Bech B, Toft G, Hougaard K, Olsen J, Bonde JP, Ramlau-Hansen C. Birth weight for gestational age and the risk of infertility: a Danish cohort study. 2019. Human Reproduction.

What exactly is a low birth weight?

In this study, the team from Aarhus University judged whether the babies were small for their gestational age (SGA). This means that a baby is smaller than usual for the number of weeks of pregnancy. Specifically, babies who are SGA are smaller than 90% of other newborn babies at the same gestational age.

The weights of babies in the studies ranged from 2.5kg- 4.5kg. As a result of this, the scientists in this study categorised babies as being small for gestational age if they weighed less than 3kg (6lb 10oz). This study is important because there has been little research into whether being small for gestational age can affect your fertility in adulthood.

The team obtained information about gestational age and birth weights from birth records. In the study, a total of 586 (10.5%) men were born small for their age.

The follow-up period of the study was until 2017, when the babies were adults. The scientists gathered information about whether the participants were infertile or had undergone fertility treatments using the Danish National Patient Registry (DNPR) and the Danish IVF Registry.

The team also gained information about the mother”s lifestyles through questionnaires during their pregnancy. This included questions on smoking and alcohol intake.

The team found clear links between the men”s weight at birth and their risk of future fertility problems. By the time they had reached their early 30s, the men born small at birth had a 55% increased risk of infertility as adults compared with men born within the normal limits for weight.

The team found that 8.3% of men who were small at birth had fertility problems, compared with only 5.7% of those with a normal birth weight. This was after taking into account a number of factors including maternal age.

The team also found that the mothers of men who were born small for their age shared some characteristics. These mothers had the highest level of cigarette and alcohol consumption. They also had the lowest BMIs before their pregnancy, and they were more likely to be first time mothers.

What do these results mean?

The team found that men who were small at birth and experienced fertility problems in adulthood were often affected by one of two conditions. These are called hypospadias and cryptorchidism.

Hypospadias is a congenital condition in which the urethra (the opening of a tube which drains urine) is not in the normal position at the top of the penis. Instead it may be on the underside of the penis.

This can result in problems with urination, erections and ejaculation. Depending on the severity of the abnormality, surgery is often used to correct this condition.

Cryptorchidism is another name for undescended testes. In most boys, the testicles will usually move down into the scrotum within the first 6 months of life.

If this has not happened, they are unlikely to descend at all therefore in these rare cases, surgery is needed. If the condition is not treated, boys have a higher risk of infertility and testicular cancer.

As part of their analysis of the results, the researchers excluded men with hypospadias or cryptorchidism. When they did this, they found that the risk of infertility was still higher for babies who were born smaller, although the risk was lower than before these conditions were excluded. Therefore while hypospadias and cryptorchidism are partly responsible for the results, they are not the only factor.

The researchers believe that low birth weight reflects poor growth and poor development of the male reproductive organs. We already know that a mother”s lifestyle can affect the health of a foetus regarding factors such as smoking and alcohol consumption. But it may be the case that this has a drastic impact on the growth and development of male reproductive organs and their functions too.

In the study, 10.4% of girls were born small for their gestational age. However the scientists found no link between birth weight and the risk of infertility for women in adulthood.

What are the limitations of the study?

The study has a number of limitations. Firstly, the researchers classed people in the study as being infertile if they had received a diagnosis of infertility or if they were undergoing fertility treatments. This group included lesbian and single mothers therefore this may have affected the accuracy of the results.

Additionally the mean age of the participants at the end of the follow up period was 32 years old. This means that they had not reached the end of their reproductive window in terms of age. Many men would not yet know that they were infertile, and the results may be different if the team included data from an additional decade.

The results may also be affected because there are different ways to measure gestational age. In the study, the gestational age was measured either by ultrasound or by the date of onset of the last menstrual period. But these different methods may have resulted in babies” weights being classified differently with regards to their gestational age.

It is also important to note that the study has a number of strengths. In particular, the team gathered data from a large population size, and there was a high follow- up rate in the study. These add weight to the results.

The team found that men who were born small for their gestational age were more likely to experience fertility problems in adulthood. While these were partly due to hypospadias and cryptorchidism, there are other factors involved which need to be researched in more detail.

This study adds weight to a new theory which suggests that male fertility is hugely affected by factors which occur before men are even born. More studies are needed to understand these factors and how we can influence them during adulthood to boost fertility.

We already know a number of ways in which men can improve their fertility. These include having a healthy balanced diet, doing plenty of exercise, and reducing your intake of toxins including alcohol and smoking. Even if you were born small for your age, these lifestyle choices will only improve your health and fertility to maximise your chances of conceiving.

This study is also another reminder of the importance of pregnant women leading as healthy a lifestyle as possible before, during and after their pregnancy. This boosts the chances of the developing baby being healthy too, both in the short-term and in their adult life in years to come.