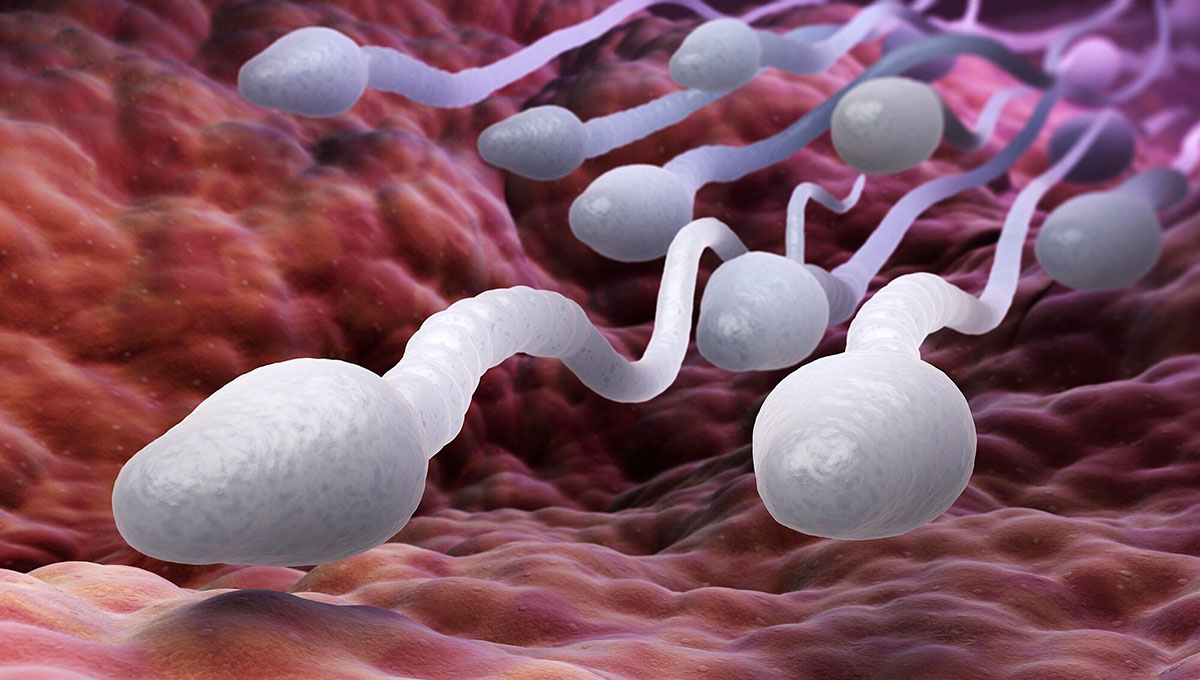 Scientists have discovered that the shape of the female reproductive tract is not as simple as previously thought. It is less like a path and more like an obstacle course. This means that only the strongest sperm cells are able to get through to reach a woman”s egg cell.

The average ejaculate of a man contains 40 to 150 million sperm cells. These cells all enter a race to reach and fertilise a single egg cell in a woman.

In order to fertilise the egg, sperm cells have to swim along the female reproductive tract. This tract includes the vagina, cervix, uterus and fallopian tubes.

The team specifically focused on tight spots in the female reproductive tract, called strictures. These narrow regions act like gates as they only allow the strongest sperm cells through.

To replicate this scenario, the team used a “microfluidic” device. This consisted of three compartments which were eye-shaped, and they were connected to each other by a narrow channel.

This replicated the conditions inside the female body, where the diameter of the reproductive tract varies. One particularly tight area is the opening between the uterus and the fallopian tubes.

Only the strongest sperm are able to make it through

Abbaspourrad and his team found that only the strongest sperm cells were able to pass through the narrow spots, or strictures. This is because the weaker sperm cells could not propel themselves against the current of fluid, which travels in the opposite direction to them.

The current forced the weaker sperm cells backwards. This meant that the sperm tended to accumulate below the narrow spots. The team had the same results with both bull and human sperm.

Sperm cells form their own hierarchy

The team found that the movement of sperm cells was particularly interesting. When weaker sperm cells reached a narrow spot, they were pushed backwards before attempting to pass through it again.

The scientists noticed that their movement was in the shape of a butterfly, or sideways figure-of-eight. This meant that the fastest sperm cells within this group were closer to the opening of the narrow spot, and the slower sperm cells were at the back of the crowd, further away.

As a result of this movement, the best swimmers in this group were closest to the opening of the stricture. Therefore these faster sperm cells were the cells which were eventually able to pass through the stricture, and continue their journey to the egg cell.

Sperm cells do not have an easy ride

There are many obstacles facing sperm cells in their journey to reach an egg. These include the acidic environment in the female reproductive tract, which has a key role in killing bacteria. This prevents sexually transmitted infections (STIs) from occurring 2 Tevi-Benissan C, Belec L, Levy M, Schneider-Fauveau V, Mohamed AS, Hallouin MC, Matta M, Gresenguet G. In vivo semen-associated pH neutralization of cervicovaginal secretions. American Society for Microbiology Journals. Internet. 1997. 4(3):367-374. Available from: https://cvi.asm.org/content/4/3/367. This acidity is neutralised by semen, which is alkaline.

In addition to this, the mucus in a woman”s cervix can affect the journey of sperm cells. In particular, cervical mucus stops sperm cells with poor morphology or motility from reaching the egg cell 3 Suarez SS, Pacey AA. Sperm transport in the female reproductive tract. Human Reproduction Update. Internet. 2006. 12(1):23-37. Available from: https://www.ncbi.nlm.nih.gov/pubmed/16272225.

Previous research has investigated the journey of sperm cells

Another difficulty sperm cells face is swimming through the fluid in the female reproductive tract. Muscle contractions and fluid secretions create currents within the fluid, which can interfere with the movement of sperm cells.

Scientists have found that at low velocities, sperm cells are able to orientate themselves to swim against the current and this is called rheotaxis 5 Kantsler V, Dunkel J, Blayney M, Goldstein RE. Rheotaxis facilitates upstream navigation of mammalian sperm cells. eLife. Internet. 2014. 3. Available from: https://www.ncbi.nlm.nih.gov/pmc/articles/PMC4031982/. However at higher velocities, the sperm cells are pushed away by the currents. In particular, weaker sperm cells struggle to propel themselves forwards.

What does the new research mean?

The study shows that the fastest sperm cells have the best chance of winning the race to reach an egg cell. Therefore these sperm have the highest chances of successfully fertilising an egg.

This is biologically important as the fastest sperm cells are assumed to be the best and strongest. Therefore it is advantageous for these cells to produce offspring. As a result of this, women”s bodies have mechanisms to eliminate weaker sperm cells from the race, such as strictures.

The path to fertilising an egg cell is challenging for sperm cells. As a result, the fastest and strongest sperm cells have the best chance of successful fertilisation.

PrevPreviousEgg Freezing not always all it’s cracked up to be?
NextDo I need to worry about my AMH level?Next